This lesson focuses on practical use for numbers. We’ll understand how to ask people their age (politely!) and for their phone number.

Tom-san and Mike-san tell each other how old they are with the question word ‘いくつ’. In the second short chat, they exchange phone numbers 電話(でんわ) 番号(ばんごう). If you’re unfamiliar with these numbers, you can find the vocabulary list in the Dictionary. In Japanese, you will usually see Japanese numbers written numerically (Arabic) like in English, sometimes you’ll see them in Kanji too, usually when the number is in the tens or hundreds.
The lesson follows the same grammar pattern we learned last time: 私(わたし)は ○○○ です。Tom-san asks the first question by repeating Mike’s name, his honorific ‘-san’ and ends with ‘は’. The ‘ha’ at the end of the sentence is pronounced like ’wa’. It’s a much shorter way to ask the same question since all the content is inferred from Mike when he asked Tom first.

Kevin-san and Bob-san have a similar conversation to Tom-san and Mike-san, so you can practice your numbers in Japanese. We’re introduced to ’はたち’ which is a different spelling for a number you know, you might need to look it up. 私(わたし)もです。 means ‘Me too’ since we’re using the ‘も’ particle instead of the ‘wa’ particle used earlier.

Activity ②
Pause the video after you hear the conversation a second time. See if you can understand the conversation at 2:51
1. Who is older? Kevin-san or Bob-san?
2. Try saying your mobile or phone number out loud.

Activity ④
Congratulations! You’ve made it through the video. Can you answer these questions about yourself? The video will have gaps in the audio so you can respond to あらた-san, the narrator.
1. おいくつですか。
2. わたしはさんじゅうはっさいです。
3. でんわばんごうはなんばんですか。
4. +44 1111-565-7701です。 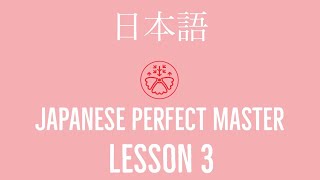 Lesson 3 looks at how you can get to know someone better and use Yes... Read more → 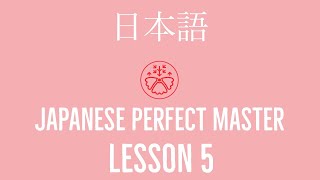 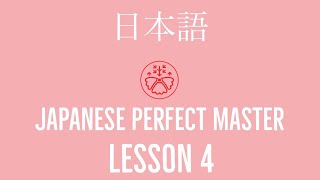 Today we explore different objects and nouns, and ask someone to identify them for us.... Read more →